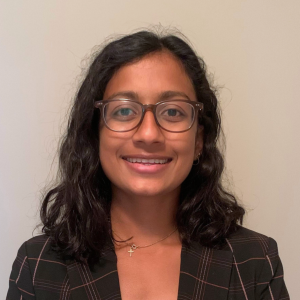 “I have gained a greater appreciation for pediatric research and medicine which has motivated me to incorporate research into my career goal.”

Infants born prematurely are at risk for apnea of prematurity, a condition where breathing slows or stops (apnea) for variable periods, because of immature brain networks that control breathing. Apneas cause hypoxia—low blood oxygen levels—which triggers an adaptive increase in breathing. If this increase does not immediately restore oxygen levels, the brain becomes hypoxic which depresses breathing. This depression can be very powerful and cause breathing to fall below resting levels, which can be life-threatening because the brain depends on a constant supply of oxygen for energy. If oxygen levels fall, even for a short period, permanent brain damage or death can result.

This decrease in breathing results in part from the actions of a brain chemical adenosine (ADO) that inhibits breathing and is increased in the brain when oxygen falls. Caffeine, a drug that blocks the actions of ADO, is used to stimulate breathing in virtually all premature infants with apneas. The only drawback of caffeine is that approximately 20 per cent of infants do not respond to it or they suffer side effects. For these infants, there are no other options. We are therefore trying to understand why the inhibition of breathing by hypoxia is so powerful in premature mammals. One possibility is that the mechanisms that remove ADO from the brain are not yet mature. The enzyme adenosine kinase (ADK) plays a key role in the removal of ADO.

The objective of this study is to determine in an animal model how ADK matures in the brain regions that control breathing and the type of brain cells where ADK is found. Brain tissue will be collected at birth through to adulthood and the amount and location of ADK in different brain regions will be compared. These data will help us understand if the reason why breathing in premature mammals is so strongly inhibited by hypoxia is because immature breathing networks can't get rid of ADO; this basic information may inform the development of new treatments for apnea of prematurity.

Tristan Sinnatamby was supervised by Gregory Funk and her summer studentship was funded by the Stollery Children’s Hospital Foundation. She is enrolled in the Bachelor of Science with Honors in Physiology program. 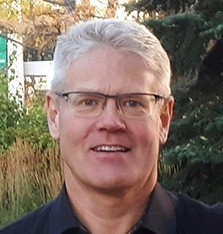