“Given that neonatal sepsis is responsible for many newborn deaths each year, our research could pave the path to novel treatment to improve outcomes.”

Neonatal sepsis is a life-threatening response to infection. Globally, it is responsible for 1.4 million newborn deaths each year. Although neonatal sepsis has immediate consequences for infant health, its potential effects on development and long-term health cannot be ignored. Indeed, heart disease has become an emerging issue among adult survivors of sepsis.

One major player in the progression of neonatal sepsis is the kidney. In addition to filtering the blood, regulating salt and fluid balance, the kidney also functions to regulate blood pressure. In neonatal sepsis, the body's immune response to the infection may affect kidney development, with long-term consequences for cardiovascular health. In this project, we will study the effects of neonatal sepsis on kidney development and function. We will study sepsis to examine kidney mitochondria, the powerhouse of the cell, using advanced techniques developed in our laboratory. Through this method of research, we will determine whether the immune responses affect mitochondria in the kidney, thereby impairing much-needed energy production during this critical period of kidney growth and development.

This project will identify the role of mitochondrial function in regard to neonatal sepsis and how it affects kidney development and function. This information will serve as the potential basis for mitochondria-targeting therapeutics to promote health and prevent the damaging effects of neonatal sepsis on kidney function.

Si Ning Liu was supervised by Stephane Bourque and her summer studentship was funded by the Stollery Children’s Hospital Foundation. She is enrolled in the Bachelor of Science with Specialization in Pharmacology program. 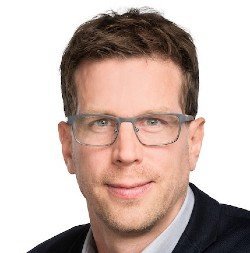