Project: The role of placenta in altering the function of the blood vessels in women with preeclampsia 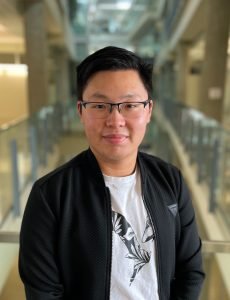 Bachelor of Science with Honors in Physiology

What do you get to work on throughout your studentship?

I am fortunate to have been able to learn and perform several experimental techniques, including isolation and culturing of endothelial cells (cells on the inside of our blood vessels) collected from umbilical cords, protein isolation from cell cultures, Western blot (used to detect specific proteins), immunofluorescence staining and confocal microscopy. The support from WCHRI, the Stollery Children's Hospital Foundation and the Alberta Women's Health Foundation has been invaluable in providing me with the opportunity to learn these skills.

By far, the best part of my research experiences this summer has been the mentorship that I have received in the Davidge Lab. The companionship and support of all the members of the Davidge Lab have helped me become a capable, independent and self-motivated researcher. Dr. Davidge's mentorship has vastly expanded my knowledge on preeclampsia, through conducting extensive literature reviews, performing my own experiments and analyzing my data. Her passion for pregnancy and cardiovascular physiology research has been inspirational, driving me to work harder and persevere through difficulties.

Did you have any interesting results?

What impact do you hope this project makes once completed? How will this contribute to improving the health of women and/or children?

Preeclampsia is a pregnancy syndrome occurring in around five per cent of all pregnancies in Canada. It is a major cause of maternal and fetal mortality and a risk factor for long-term cardiovascular disease in both the mother and offspring. Although the adverse effects of preeclampsia are well described, the pathogenesis is still unknown and there is no current treatment for it. My project will increase the understanding of the mechanisms by which preeclampsia occurs and contribute to an active field of study aimed to improve women's and children's health. My results showing the effects of placental particles on endothelial cells and the role of LOX-1 supports the proposal that LOX-1 may be a potential therapeutic target for future interventions in preeclampsia to prevent and treat women (and fetuses) affected by this syndrome.

What has the support from WCHRI, the Stollery Children's Hospital Foundation and Alberta Women’s Health Foundation meant to you?

As an aspiring clinician-scientist, the support from WCHRI, the Stollery Children's Hospital Foundation and the Alberta Women's Health Foundation has meant a lot to me. I am incredibly honoured to have been given the privilege to work in a lab at such an early stage in my career. I am grateful to these organizations for their support, which drives me to work harder and persevere through obstacles.

Preeclampsia (PE) is a prevalent threat to maternal and fetal health affecting approximately five per cent of pregnancies in Canada, characterized by hypertension—high blood pressure—and adverse pregnancy outcomes. PE is a significant threat to public health, as it is a major cause of morbidity and mortality for both the mother and the child, and negatively impacts their cardiovascular health later in life. To date, the only known cure is the removal of the placenta.

A potential factor that may cause hypertension in PE is impaired function of the mother's blood vessels, specifically the endothelial cells, which line the inner walls of blood vessels and regulate vessel function. Impaired function of endothelial cells results in blood vessel dysfunction, which may ultimately lead to elevated blood pressure. A normal placenta releases cellular particles into the maternal bloodstream. It is thought that women with PE have an abnormal placenta and that elevated release of these particles may impair endothelial function. However, the impact of placental particles from PE on endothelial function has yet to be explored. 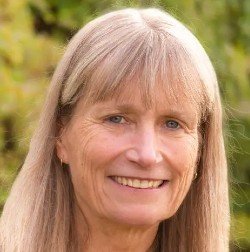