Project: Neonatal sepsis and its sex-specific effects on vascular development and long-term outcomes 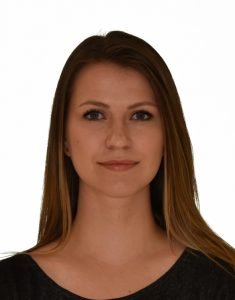 Why did you choose the degree program you are in?

Coming from a nursing background, I had the opportunity to work alongside a team of exceptional physicians who took the time to teach and encourage me to pursue a position of clinical leadership. They inspired me to pursue this career and I am very grateful to continue to learn from them.

Working with the laboratory team has been a phenomenal experience. I have received outstanding support and encouragement from everyone involved and they continue to push me to learn and grow as a student and researcher.

Did you have any interesting results?

While we are still conducting pilot studies, we have discovered interesting information regarding the use of buprenorphine, an opioid, in neonatal sepsis. We have been able to construct a novel neonatal animal model sepsis score, and we are defining a neonatal intraperitoneal (abdominal) sepsis protocol that will be used both in our laboratory and with the laboratories we collaborate with on a national basis.

These results have been what was anticipated but not ever previously demonstrated in the literature. Confirming our hypotheses has allowed further development of our neonatal sepsis protocol and sepsis score.

What impact do you hope this project makes once completed? How will this contribute to improving the health of women and/or children?

This study will result in a better understanding of the effects of neonatal sepsis on vascular development. This may result in shifting the current treatment of neonatal sepsis to prevent vascular dysfunction, therefore preventing long-term vascular effects, such as hypertension, and improve survival of adulthood sepsis.

What's one piece of advice you received from your supervisor/mentor that resonated with you?

From the beginning, my supervisor has emphasized the importance of self-care and not taking on too much. She has encouraged me to check in with myself frequently and I know this will continue to be essential in both my academic and medical careers.

Late-onset neonatal sepsis is an infection in the blood of children occurring at least 72 hours after birth. Often, these children do not survive and those who do may be burdened with lifelong effects. This is partially due to oxidative stress (the body's inability to balance antioxidants with the production of reactive oxygen species) and the effects of inflammation (marked by the production of cytokines, small signalling proteins meant to protect against cell injury). Oxidative stress and inflammation are key factors that may negatively influence the development of blood vessels and may lead to long-term effects, such as hypertension—high blood pressure—in adulthood.

Interestingly, males tend to have higher elevations of oxidative stress and inflammatory markers which may be a factor in the higher mortality in males compared to females. Here, we aim to develop a neonatal sepsis model of oxidative and inflammatory stress and to determine if this stress results in hypertension and enhanced susceptibility to sepsis in adulthood. We will examine oxidative and inflammatory markers in a neonatal animal model at one, three, and seven days post-sepsis induction and follow survivors into adulthood to reassess stress markers and examine vascular function.

We anticipate observing vascular dysfunction (seen as hypertension) and impaired vascular response to sepsis compared to controls, with males experiencing worse outcomes. Our findings will contribute to a greater understanding of the effects of neonatal sepsis on vascular development and may result in a shift in treatment approach where we treat neonatal sepsis in the context of vascular dysfunction to prevent hypertension and improve survival of sepsis in adulthood.