Project: The impact of inflammation on lipids that control placental health 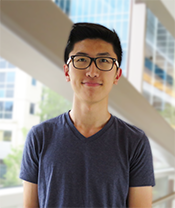 Five to seven per cent of pregnant women develop preeclampsia (PE), with severe cases of PE leading to more than 76,000 maternal and 600,000 infant deaths annually worldwide. Mothers affected by PE exhibit high blood pressure, inflammation and poor organ function. The cause of PE remains unknown; however the placenta plays a major role in this disorder. One specific pro-inflammatory molecule that is increased in the placentas and blood of mothers with PE is tumour necrosis factor alpha (TNF-α). High levels of TNF-α can shift the trophoblast turnover cycle, which results in cell death in the placenta and reduction in the delivery of nutrients and oxygen to the fetus. However, normal levels of TNF-α are needed for normal development of the fetus. As such, blocking all the effects of TNF-α to protect against PE is not a suitable treatment. However, if we can determine that the damaging effect of TNF-α occurs by increasing another factor, we could then block that factor while leaving the beneficial function of TNF-α alone. This other factor may be a lipid called sphingosine 1-phosphate (S1P) which is also increased in PE. S1P controls cell responses by binding to several specific receptors found on cells. One particular receptor called S1PR2 is increased on placentas from women with PE and S1P binding to S1PR2 may cause cell death in the placenta. However, TNF-α and S1P levels have not yet been measured together in the blood of mothers with PE. We plan to do this to see if they are both increased compared to mothers with normal pregnancies. We will also measure the amounts of S1PR2 in placentas from women with PE and normal pregnancies. We predict that both TNF-α and S1P will be increased in the blood of mothers with PE and that S1PR2 amounts will also be increased in placentas from those same mothers. This study will improve our understanding of how placental damage takes place and allow us to explore new treatments for pregnant mothers with PE.

My motivation for pursuing the summer studentship stems from my past research experiences where I was fortunate enough to volunteer in the Hemmings' Lab. Working in the laboratory not only gave me early insight into studying women's health and fetal development, but also let me experience first-hand the dynamic nature of research and learn how it plays a ubiquitous role in any branch of medicine. My past experience with Hemmings sparked my interest in research and provided me with a basic framework from which I could initiate my own project this summer. I find the clinical aspect of my project to be particularly relevant, as the research results could potentially open up avenues of mitigating early onsets of inflammation in future pregnant mothers while also ensuring the well-being of these mothers even after childbirth.

I’m excited to say that I will be entering the pharmacy program this upcoming fall semester. The new research experiences that I gain will contribute to my academic studies and advance my professional goal of being a healthcare professional focusing on women's health.

With the summer studentship, I found my research investigating women's health to be rewarding, as it extended the scientific background that I’ve already developed from my undergraduate studies. I feel privileged to have been able to work collaboratively with other lab members in an environment that challenged me to ask questions, explore new areas of clinical studies and operate beyond my comfort zone. This also allowed me to develop an appreciation for the multidisciplinary aspect of medical research, a fundamental understanding that I believe is necessary to provide quality patient-focused care. These transferable skills I’ve gained from this studentship will pay dividends in the future as they will advance my professional goal. Once again, I cannot thank the Hemmings Lab enough for giving me this summer opportunity.