Project: Can genes that are important for development of the pancreas contribute to diabetes? 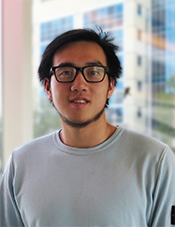 The pancreas has many important functions, including exocrine and endocrine. Exocrine functions include secreting enzymes into the small intestine that are needed for digestion (such as lipases for fat, amylase for starch and proteases for proteins) and endocrine functions include releasing hormones into the bloodstream that control our blood sugar levels (for example, insulin and glucagon). In mice and humans, pancreatic endocrine cells are located in special islands in the pancreas called the islets of Langerhans. It is interesting to know that mice have two insulin genes whereas humans have only one insulin gene. There are several genes encoding proteins called transcription factors that control the development of the pancreas, including the islets. Transcription factors are 'molecular switches' that turn target genes 'on' or 'off'. In some cases, patients with mutations of these genes have a type of Type 2 diabetes called Maturity Onsent Diabetes of the Young (MODY). The Eisenstat lab in the Department of Medical Genetics is studying the role of the DLX genes during mouse development. DLX genes code for DLX transcription factors. Preliminary data from the lab shows decreased insulin expression in a mouse missing two of the DLX genes (DLX1 and DLX2). Using cells from embryonic mouse pancreas, they have also discovered that DLX2 binds to the genes for insulin-1 and insulin-2. Unfortunately, the DLX1/DLX2 double gene knockout mice dies at birth so we do not yet know if these mice have a tendency to become diabetic. In my project, I will work out how the loss of DLX gene function affects development of the pancreatic islets and I will also study how the DLX2 gene directly regulates both of the mice insulin genes using special biochemistry and molecular biology approaches in my experiments.

Growing up with family members suffering from diabetes and the prominent effects worldwide pursued my research interests in metabolic diseases. I also took courses last semester that discussed the body's metabolic system and it was fascinating how the pancreas plays such a valuable role in homeostasis of our bodies. Furthermore, I wanted to learn more about the developmental factors that create our metabolic system and this research gives me the opportunity to dive into the vast complexity of pancreas differentiation during embryonic development.

Prior to this studentship, I was interested in working in the healthcare field. This studentship has helped me discover my enjoyment of research and has given me the opportunity to have a glimpse into the realm of basic and translational research. It has been remarkable that I’ve been able to contribute to the scientific knowledge as a summer student for the WCHRI program. It has provided me with the foundation for my desire to continue my aspirations pursuing a field of scientific research.