The journey to Everest: ‘Small steps can make a huge difference’ 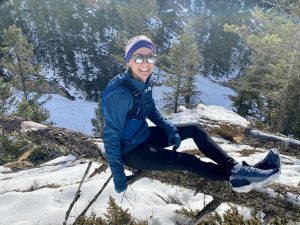 It’s 8 a.m. and Kate Storey is setting up her laptop inside an altitude chamber to do a little work while her body acclimatizes to 5,000 metres. The next two and a half hours will be spent on a bike, first with some initial spinning, then working up to a more intense workout with intervals. She wears a monitor the whole time to record heart rate and blood oxygen levels against measured and perceived exertion. She is preparing to run the Mount Everest Marathon.

When Storey—an associate professor with the University of Alberta’s School of Public Health, CIHR/PHAC Applied Public Health Chair, Stollery Science Lab Distinguished Researcher, mom and self-described athletic adventurer—runs the Mount Everest marathon on May 29, there will be more than her personal best at stake. She’s running to help fulfil a friend’s dream and raise money for the Stollery Children’s Hospital Foundation.

Storey launched her plan after her good friend Leanna Carriere’s brother-in-law died while descending Mount Everest. Among his last words, he said he wanted to run the Everest Marathon. When Carriere and her sister said they were going to run it in his memory and asked Storey if she was up for the adventure, she was glad to join them. 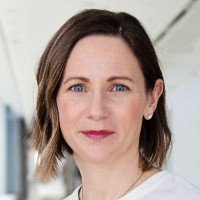