New rules aim to make organ donation easier, say U of A specialists 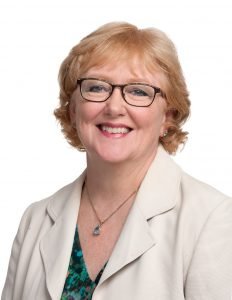 Ninety percent of Canadians say they support organ donation, but only 32 per cent have actually registered to donate their own organs or tissues, according to Canadian Blood Services.

New measures in Alberta aim to close that gap through education, specially trained staff and a process known as “mandatory referral.”

The goal is to create a culture where making decisions about organ and tissue donation is a standard part of end-of-life care, according to Dennis Djogovic, critical care physician at the University of Alberta Hospital, clinical professor in the Faculty of Medicine & Dentistry and medical director of deceased organ donation for northern Alberta’s donation program.

“Organ donation is just as important to discuss with families as medications or religious observances or having family visits with critically ill patients,” Djogovic says. “I look at it as part of that individual’s right — to have the ability to make that decision.”

The changes should save lives and money, says Lori West, professor of pediatrics, surgery, immunology and laboratory medicine, who leads the Alberta Transplant Institute and helped make the case for Bill 205, an update to the organ donation law which came into effect in May.

“The Spanish talk a lot about having a ‘culture of donation,’ where because people need organs and you don’t need them any more after you die, it’s assumed that people will embrace organ and tissue donation,” West says. “It becomes a different way of thinking about it, and it becomes the default, rather than the exception. Families are still approached for consent, but this culture is one important element in a system that facilitates donation.”