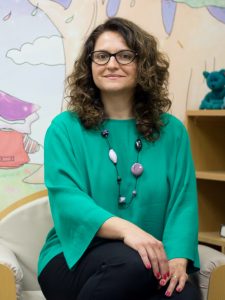 The survey results were considered a loud and clear “cry for help” from high school students suffering from the fallout of the COVID-19 pandemic.

According to the U.S. Centers for Disease Control, more than a third reported poor mental health, and about 44 per cent said they felt persistently sad or hopeless.

The widespread malaise was largely due to the social disruption of school closures, as young people were cut off from their peers during crucial years of development, says Christina Rinaldi, a professor in the University of Alberta’s Faculty of Education and registered psychologist whose research focuses on the social and emotional learning and development of children and adolescents.

Rinaldi’s recent studies have looked at the relationship between adolescents and their parents during the pandemic and reintegration, and the different roles of mothers and fathers in home schooling.

Compounding delays in social development for many youth was the disruption in learning. Some say it could take years for young people to fully recover.

The Organization for Economic Co-operation and Development estimates that globally, K-12 students affected by school closures could lose close to three per cent in income over their lifetimes, unless intentional remediation is put in place.

So as children and adolescents reintegrate into school life, what’s the best way to recover from a significant interruption in their education?

It starts with refusing to surrender to the doomsday hype in some of the more sweeping predictions, says Rinaldi, who is also a member of the Women and Children’s Health Research Institute.

“I don’t like the alarmism,” she says, pointing out that while much of the concern may be valid, it’s easy for families to internalize the stress of falling behind. It’s also important to recognize that adapting to change is part of life.

“Kids are remarkably resilient and will recover.”

Read the full article on Folio