Exploring the decision-making process for women in early surgical menopause

Night sweats, hot flashes, and lack of concentration—for women going through menopause, these symptoms are all too familiar. For women experiencing early surgical menopause—an induced menopause caused by the removal of both ovaries before natural menopause occurs—these symptoms will come on more abruptly, more severely, and may accompany additional long-term consequences like osteoporosis and cardiovascular disease.

With such sudden and severe symptoms, women with early surgical menopause face a variety of obstacles when it comes to choosing the right treatment. This decision-making process was the subject of PhD candidate and practising pharmacist, Tasneem Siyam’s, thesis project.

According to Siyam, whose project was supervised by WCHRI members Nese Yuksel and Sue Ross, one of the best options for managing not only the symptoms of early surgical menopause, but long-term risks as well, is menopausal hormone therapy (HT). Hormone therapy aims to temper some of the effects of menopause with estrogen or a combination of estrogen and progesterone, as levels drop abruptly after the ovaries are removed.

However, a previous study conducted by Nese Yuksel and her research team revealed that only one third of patients with early surgical menopause were utilizing hormone therapy. As a continuation of this research, Siyam worked with focus groups of women who had undergone early surgical menopause to identify some of the factors that influence their decisions about treatment.

Through the focus groups, Siyam and the team uncovered several aspects affecting decision-making, with some—like “quality of life”—pulling women in the direction of hormone therapy. There were also factors that deterred women from choosing hormone therapy as a viable treatment option, including misinformation around the treatment. Siyam believes this may be linked to studies showing negative effects of hormone therapy in older postmenopausal women, which have often been extrapolated to include women with early surgical menopause.

Other factors affecting decision-making that the group detected included a perceived lack of adequate support from medical doctors, as well as the need to talk to other women going through the same things. The women also called for more of the resources that helped them through the experience—like those they found at the Lois Hole Hospital for Women Interdisciplinary Menopause Clinic.

As a result of the focus group study, Siyam helped develop a patient decision aid to help women make informed choices about potential treatments. “What this tool aims to do is help guide women to make treatment decisions by providing them with information about early surgical menopause, the outcomes associated with hormone therapy, as well as realistic expectations,” she says. The patient decision aid, Siyam also notes, helps patients make decisions that are informed and aligned with their values.

Siyam hopes that moving forward, women going through early surgical menopause can get the support that they need at the time they need it, and that tools like the patient decision aid can be widely distributed.

Tasneem Siyam’s PaCET project for this research has been funded by the Alberta Women’s Health Foundation through the Women and Children’s Health Research Institute. 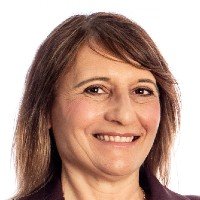 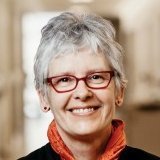