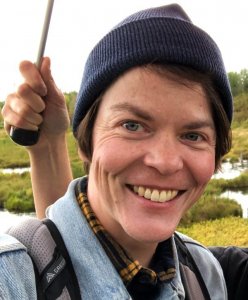 A University of Alberta research project investigating the barriers transgender Albertans face when seeking gender-affirming surgery will hopefully contribute to the development of an Albertan surgical program for transgender care.

Alexander Howard, a second-year medical student, explained Alberta lacks a local surgical centre that performs gender-affirming bottom surgeries—such as vaginoplasty, phalloplasty, and metoidioplasty—and transgender patients must travel out of province to a clinic in Montréal for these procedures. Although these surgeries are publicly funded, patients are responsible for covering the cost of medical supplies and for any companions who travel with them to help with their recovery.

Howard spent his summer interviewing transgender and non-binary adults who have had bottom surgery to understand how they speak about their efforts to access gender-affirming surgical care in Alberta.

Transgender, an umbrella term used since the 1990s, relates to a person whose sense of personal identity and gender does not correspond with their sex assigned at birth. Non-binary refers to a person whose gender is not male or female.

“Transgender care may not traditionally have been seen as a part of women’s health; however there is a huge need for traditional woman’s health care for these individuals,” explains Cathy Flood, a urogynecologist based at the Lois Hole Hospital for Women, who, along with colleague Jane Schulz, co-supervised Howard.

Many transgender men do not undergo bottom surgery and still need healthcare providers who can discuss menstruation, contraception and other aspects of traditional “female” gynecological care, explains Flood. Transgender women require help with endocrinology care and after bottom surgery requires gynecological care that can be difficult to access, due to a widespread lack of knowledge surrounding the procedure amongst healthcare providers in Alberta.

“I was really curious to talk to people about their efforts to navigate the approvals, surgery and recovery processes, and learn what each person would identify as being meaningful about their experiences,” says Howard. “As healthcare researchers and providers, it’s really important to incorporate community concerns and people’s experiential knowledge back into how we practice and how we meet the needs of transgender patients.”

According to Statistics Canada’s Sex at birth and gender, it’s estimated that the transgender population, including non-binary individuals, is in excess of 130,000 Canadians.

Research has suggested that gender and sexual minorities experience worse health outcomes than the rest of the population. A recent report by Trans PULSE Canada revealed that nearly half of Canadian transgender and non-binary youth surveyed had an unmet health care need in the last year compared to four per cent of the general population.

Howard isn’t surprised by these statistics and brings up the phenomenon known as “Trans Broken Arm Syndrome” where healthcare providers assume that all medical issues are a result of a person being transgender.

“If you go to the emergency department with a broken arm, but you’re also trans, many people report being asked invasive questions about their hormones or whether they’ve had genital surgery,” explains Howard. “These questions often have nothing to do with what actually brought the person into the hospital that day, and sometimes these conversations end with the denial of care.”

Although this is a small study, Howard believes that directly consulting with people who may be impacted by this research about what they need from healthcare researchers and what researchers should focus on in future will help fill some of the current data gaps in the Canadian healthcare system.

“It’s really critical to learn from people who have actually navigated these experiences,” says Howard. “We need to understand what was meaningful to them, which resources provided real support, what barriers they encountered and how they successfully negotiated them. Only then can we hope to incorporate those lessons into practice.

“I think we serve everyone’s interest in providing better patient-centred healthcare—whether we’re talking about transgender patients or not—when we directly consult with the people who are going to be impacted by the research.”

Alexander Howard was supervised by Jane Schulz and Cathy Flood. His summer studentship project was funded by the Alberta Women’s Health Foundation through WCHRI. 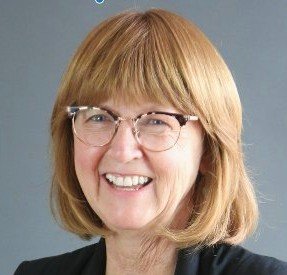