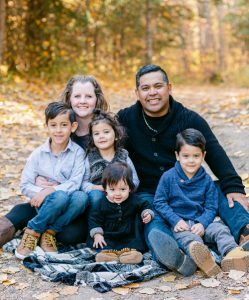 It was a Friday afternoon and Alexandra was running errands when she looked down at her five-month old son Armando and thought, “You know, he looks really yellow, like jaundice, like a newborn would look.” She took him in to their family doctor that same day and by Monday they were told to go straight to the Stollery Children’s Hospital.

It would be a month before Alexandra and Walter Perez would get confirmation that their son has progressive familial intrahepatic cholestasis (PFIC) — a rare genetic disorder that causes progressive liver disease and typically leads to liver failure.

“This is a disease with a spectrum of severity from symptoms once in a while, to moderate issues, to a very severe impact that requires a liver transplant in infancy,” explains Armando’s doctor, Susan Gilmour, a pediatric gastroenterologist and member of the Women and Children’s Health Research Institute (WCHRI) who specializes in liver disease at the Stollery.

There is no cure, so current treatments for PFIC focus on delaying liver transplant and improving quality of life by addressing symptoms. The main symptom of PFIC is pruritus, or severe itchiness. Armando’s itchiness and scratching was all-consuming and compulsive; it became the focus of his life.

“He had scars all over his arms, his legs, his face, just everywhere,” says Alexandra. “It was so bad that he couldn’t sleep. He would just be awake all night scratching, and then you would find him in the morning sleeping on the stairs or sleeping on the floor in the kitchen in the middle of the day, because he just couldn’t rest at night.”

Doctors tried various medications to address the symptom, with no real improvement. “We couldn’t just use something like a lotion or another medication,” Walter explains. “We felt our hands were tied when it came to trying to help him with that, because he was itchy from the inside.”

By the time Armando was nearing his fifth birthday, he had been living with the itchiness of PFIC for most of his life. He was losing weight and was in such discomfort that he didn’t have the energy to interact or play with his siblings.

Read the full story on Folio.