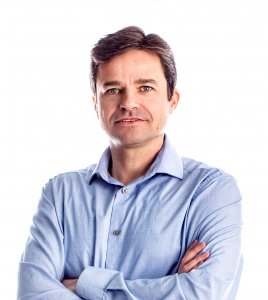 On Feb. 5, minutes after she gave birth to her eighth child at the Hanaano General Hospital in Dusamareb, Somalia, 37-year-old Zahra’s* heart sank. Her doctor explained her baby had birth asphyxia, which meant she was having difficulties in breathing. She had an oxygen rate of less than 40 per cent, compared with the required levels of 90 per cent or above.

“I cried and was worried when I saw my child very ill,” said Zahra. “I believed she would die.”

Immediately, the baby was admitted to the maternity ward, where doctors rushed to offer her medical oxygen using one of the three solar-powered oxygen machines that had just been installed at the hospital.

“Now I am very happy—I saw the situation of my child improving and saw her receive oxygen for 24 hours a day, as needed. I am really grateful to the hospital team and the World Health Organization,” said Zahra.

Mohamed Abdi, the hospital director at Hanaano General Hospital, couldn’t hide his gratitude toward the supporting partners. Zahra’s baby was special to him because she was the first person to use the solar-powered oxygen, which more than doubled Zahra’s baby’s oxygen saturation levels to 94 per cent.

“I was responsible for laying the first brick in the Hanaano Hospital,” said Abdi. “Since then, this is the first time I have seen how one timely investment can save lives. Last year, sadly, more than 180 patients died in the hospital due to the lack of oxygen. Many of them were children. This system will save many lives.”