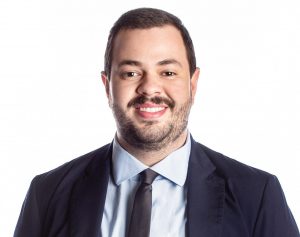 As many as 20 per cent of pregnancies are affected by complications that can lead to long-term heart problems for babies. A common complication, called fetal hypoxia, occurs when the fetus does not receive enough oxygen in the womb.

Postdoctoral fellow Murilo Graton is examining the role that mitochondria—the energy source to nearly all of our cells—may play in the relationship between fetal hypoxia and impaired cardiovascular health in adulthood. He aims to extend existing scientific knowledge that could ultimately lead to early-targeted and sex-specific therapies that will improve children’s health outcomes later in life.

“It is well known that cardiovascular diseases are the leading cause of death worldwide, so if we can prevent these heart-related complications in early life we could expect a healthier society,” explains Graton, noting the potentially far-reaching implications of his area of research.

Previous studies in mice have shown impaired function of the heart in adult male and female offspring who had been exposed to hypoxia as a fetus. However, the mechanisms involved remain unknown.

The heart has more mitochondria than any other tissue in our body and Graton suspects that mitochondrial dysfunction may play a key role in heart problems later in life. When the function of the mitochondria is impaired, it releases damaging molecules into the cell, which eventually leads to cell damage. Graton will assess cardiac mitochondrial function in the offspring of rats born from hypoxic pregnancies, to discover if this contributes to heart dysfunction.

Graton also knows that there are variations in cardiac mitochondrial function based on sex. Because of this, he also will investigate potential differences between male and female offspring that may eventually lead to sex-specific therapies.

“Having the support of WCHRI and two foundations means a lot to me!” enthuses Graton. “It means that important organizations believe in me and believe that research can improve the life and the health of our community.”

Murilo Graton is supervised by Sandra Davidge in the Faculty of Medicine & Dentistry. His fellowship has been funded by the Stollery Children’s Hospital Foundation through the Women and Children’s Health Research Institute.